Maromo is considered by many to be the father of the Andalusian breed, both for his morphology and his mannerisms, but above all for the large number of descendants who have been champions. Even though he was not a champion himself, Maromo was exceptional as a stallion; he contributed to the improvement of the PRE breed since he transmitted the characteristics of the Guardiola line to his descendants in a very marked way, giving very good products that were highly successful.

Fromm him descend amongst others, the following champions: 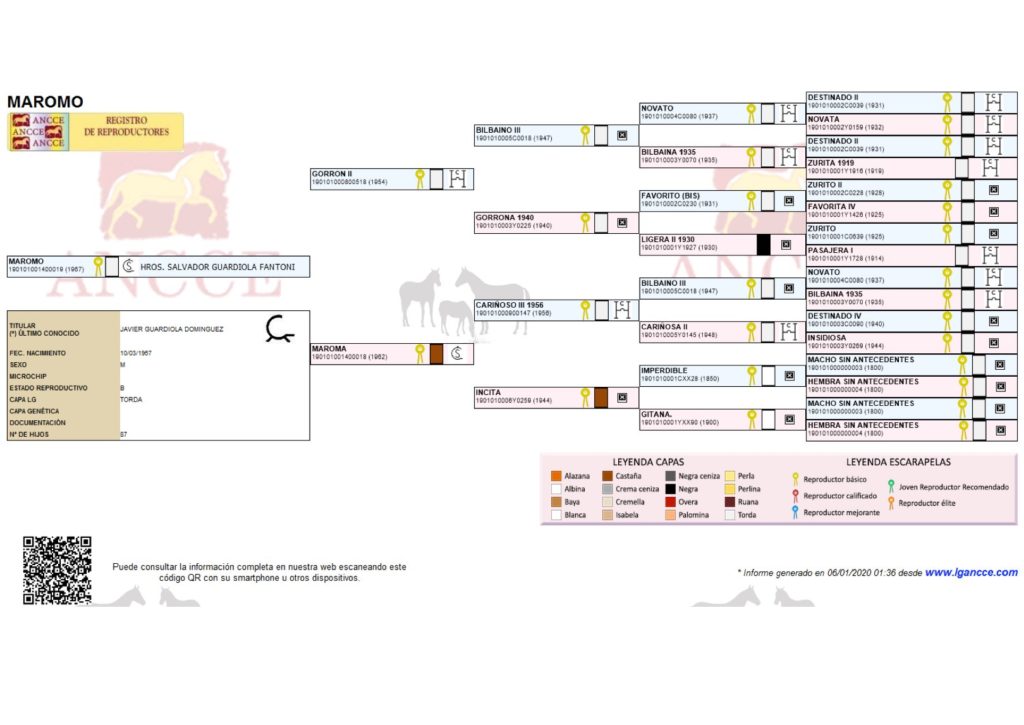