Camela was a bay Spanish Purebred mare, champion of Spain at the 1997 SICAB and previously Champion of Jerez in 1996.

She has a very good genetic line since she was daughter of our emblematic stallion Centella V , also Champion of Spain (SICAB 1987).

She was the image of the 1996 SICAB advertising poster, together with Antonio Ramos and her only son Camelo. 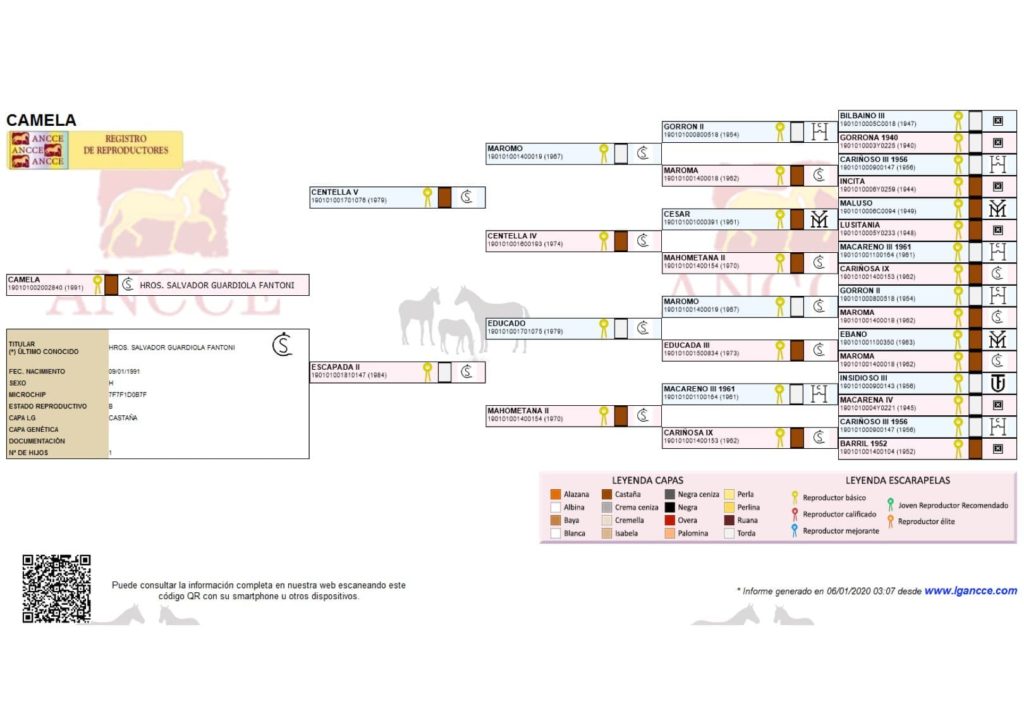